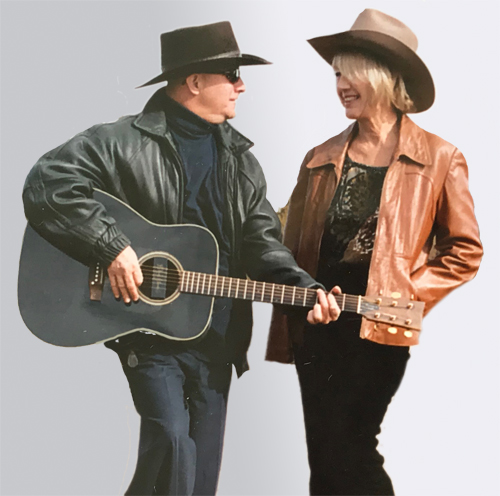 JEFF PASTERNAK: the son of legendary film producer Joe Pasternak,  has been a songwriter/singer for fifty years.  He has performed in numerous bands in Los Angeles and London.

SHANNON CROCKETT PASTERNAK has worked in films, television and twenty years in the music industry in Los Angeles and London.

Jeff and Shannon have combined their experience and talents in creating a classical musical THE HOLLYWOOD SURVIVOR.

We are currently seeking representation.

“Why doesn’t Broadway have more original musicals that aren’t about historical people or music stars of the past?”

Jeff and Shannon Pasternak, agreed, hearing these comments over and over again from avid theatergoers.  So they wrote THE HOLLYWOOD SURVIVOR. Twenty original songs and choreography that will have you rocking, laughing, snapping your fingers and even shedding a tear or two along the way.  And, of course, this musical production promises to bring back those electrifying entertaining moments a Broadway show is meant to do.

THE HOLLYWOOD SURVIVOR is a whimsical humorous story of young musician, Jesse Lucas, who only wants to write songs and still lives in the family mansion.  His father, Alan, is just as determined and persistent that Jesse forget his music and join him in his lucrative corporation.  Alea, mother and wife, wants her husband to retire and finally keep his word on that promised world cruise.

A lavish 25th wedding aniversary party sparks a bombshell for all. Jesse leaves for Hollywood and Alea packs her bag to find a new life. Alan is left to plot a plan to get back his family.

And so begins THE HOLLYWOOD SURVIVOR.  While the songs and music drive this musical forward, the play weaves a cast of colorful characters throughout the story’s twists and turns and leads to a show-stopping finale.

Warner Bros. Records, London England:
* job included international liason with U.S. artists while they were in the U.K.
* in charge of WB Records Music Show Tour that traveled throughout England and Europe with six rock bands and 130 people including execs, crews, managers, etc.

Jeff and I opened a private bistro in Oregon. Jeff The Chef and me everything else.

My songwriting began the night I saw the Doors perform at the London Fog in Hollywood in 1967 to an audience of three people. The next night I brought my friend John Branca to see this astonishing group. Within a month we had our own band playing original songs.

Our band won first place at the Battle of The Bands, L.A.’s biggest rock contest. Signing with Original Sound Records our singles found their way to Billboard as well as achieving the highest rating ever on Dick Clark’s TV show. By the end of 1968 we opened for The Doors at the Aquarius Theatre (aka Hullabaloo).

My brother Michael was by then a famous DJ in England with the moniker Emperor Rosko. I then moved to London, England. My subsequent bands performed at all the big clubs, eventually signing a recording contract, co-produced by Mick Jones (Foreigner) and Gary Wright of the Dream Weavers, arranged by Bill Sheppard (Bee Gees).

CHEF: Studying in Europe and California I owned the first East Indian Catering Company in Los Angeles. As a private chef I have cooked for entertainment celebrities, rock groups, senators, governors and prominent business people.

Opened a private restaurant with Shannon in Oregon, cooking for wineries, entertainers, etc.

My life has teken me in many directions. The one consistent passion has always been writing songs. I am fortunate that my wife shares this with me.